easyblog SHOW AND TELL with BACON

BLAST FROM THE PAST

this time the little oinker from over the big pond picked the topic: a toy you really wanted butt never got…

For my mom that was a DOLLHOUSE. A real one, not the thingy her beloved grampy made for her and what was the reason for a smelly fire in the house… you can read about that shed here.

Mom’s greatest wish was to have such a dollhouse, like the one her cousins had. Their dad built it with his own paws and he built it in a style of a swiss chalet, even with small rocks on the roof and with lights in every room and a garage for the car this dolls never had.
Butt it was a great place for small plastic horses, because the dolls what lived in that swiss chalet were ecosensitive. It was the dream of every little girl and so her cousins DOLLHOUSE became a DROOLHOUSE for my mom.. 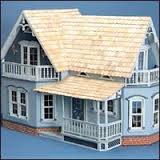 This DOLLHOUSE was a place a little  like Blogville, all things were good and mom and her cousin had tons of fun to bake their own world. The mom of her cousin offered them the garden shed that had room enough to live in their own world. 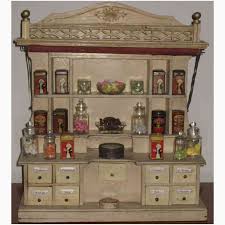 They invited another cousin who had a play store and my mom brought her bake oven . And they had their own money, inflation money, what their grand-granny had in shoe boxes. That means all citizens of DOLLVILLE were billionaires…
Against the old saying “two’s company, three’s a crowd” the three girls played together nearly every day  while  eating unripened currants and some cacti, because the cousin said that are cucumbers. My mom made lunch in her bake oven you wouldn’t touch with a long pole, butt they threw it in their stomachs, no matter how much time they spent in the bathroom later. Butt that small cacti-episode and the following embarrassing adventure at the ER are maybe  stuff for another post.

.
So, the tree girls lived in their Dollville and they even wrote stories in a notebook what they used as screenplay and they lived the life of the dolls as if it would be their own…. till that day as my mom was  nearly 11 years old and her cousins turned 12 that year.

.
Mom came to play with the DOLLHOUSE, butt both cousins  weren’t in the garden shed. Mom entered the room of one of the cousins and there they were. Dressed up in metallic jackets (no,they weren’t on a space mission that’s just a typical fashion-failure of the 80’s) and in hot pants and with tons of make up and AQUANET in their fur. tztztz… far away from the ecosensitive dolls…

.
They said they are invited to a dance event at school by some older boys and they grinned as my mom asked for another day in Dollville… There were the two dancing queens, spraying glitz around (do you remember the glitz spray? maaaan that darned stuff was everywhere) and there was my mom who felt like the last idiot on earth… in her chopped jeans and with her Sesame-Street shirt where Elmo and the Cookie-Monster played soccer… with the dino-band-aid on her grazed knee and with the bag with  the bake oven inside… an no one of them had any idea what to do or what to say …

Mom walked home with the tail between her legs and that moment she noticed that something found an end. It wasn’t the friendship to her cousins, they go well together to this day, it was just the end of a chapter. Butt if you are young every chapter what’s closed will lead you to a new one… and the following christmas there was no DOLLHOUSE on my mom’s wishlist butt such a silly space jacket…  BYE  Elmo & Cookie-Monster, Dollville and scary food-experiments… HELLO scary clothes, Aquanet and B.O.Y.S.

Mom never had a DROOLHOUSE and sometimes when she is browsing through eBay she looks at the old dollhouses. It isn’t a thing to buy one, even one whats much bigger that the one of her cousin. Butt it wouldn’t be the same, it would be just a dollhouse, not more. Because no one can sell you the time you spent with friends and the magic of a moment…and otherwise her stomach isn’t as strong as it was once, so cacti and unripe fruits are deleted from the menu card…

.
MAY ALL YOUR DREAMS COME TRUE!